Fee Concession on CS Course to Widows and Wards of Martyrs 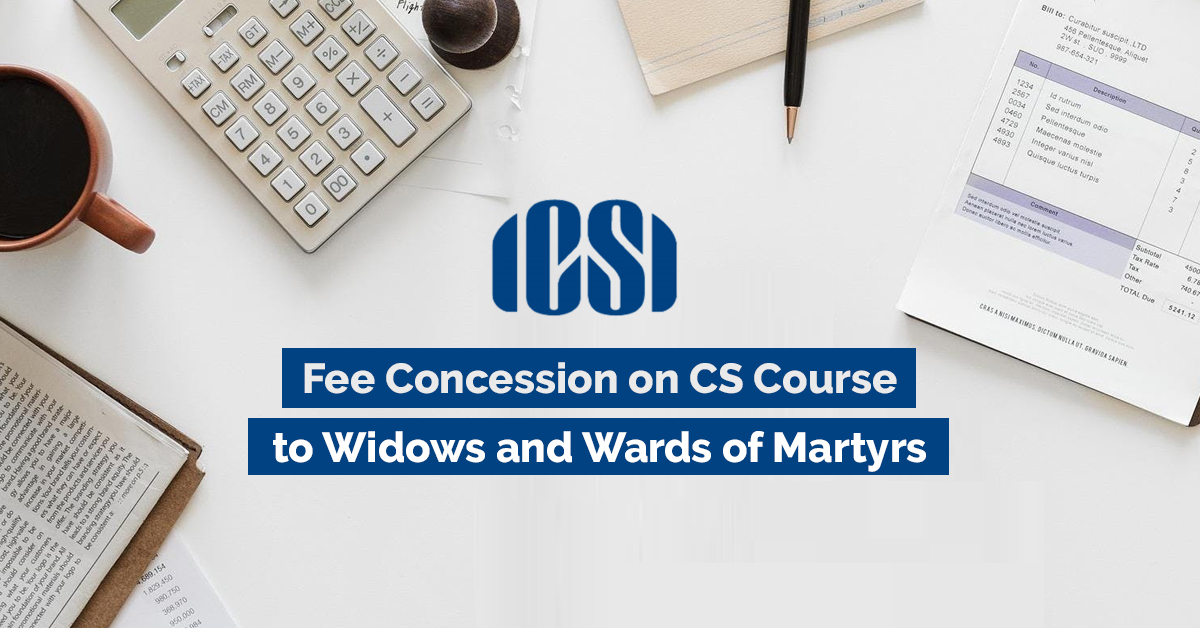 The Institute of Companies Secretaries of India (ICSI) has taken forward a humanitarian cause to grant concession in fee to widows and wards of martyrs and permanent disability and premature retirement/ short service from forces who wish to pursue CS Course.

The Council gave its consent for the fee concession to the wards and widows of martyrs of Indian Army, Indian Air Force, Indian Navy and all paramilitary forces and also to service sector/ retired personnel of the at its meeting held on 16th March 2019.

Wards and widows of martyrs will not be liable to pay Examination Fee and any other fee which is payable at the time of Registration to various levels within the CS Course structure, under the 100% concession granted to them.

The similar 100% concession in full Fee payable at the time of Registration to various Stages of CS Course and Examination Fee is also granted to the personnel of Indian Army, Indian Air Force, Indian Navy and all paramilitary forces with permanent disability occurred due to the participation in war and other national missions.

While the 50% concession in full Fee payable at the time of various Registration levels of CS Course and Examination Fee will be allowed to all the Service sector personnel or Retired personnel of Indian Army, Indian Air Force, all paramilitary forces and Indian Navy. All other fees will remain the same as for the general category students.

The Institute of Cost Accountants of India (ICMAI) & The Institute of Chartered Accountants of India (ICAI) also introduced similar beneficial schemes, giving privilege to the Military and Defence Personnel. ICMAI introduced a new scheme “Fee Concession Scheme” for the candidates within troops and their son/daughter, wherein they will study CMA Course at lower stipend.

ICAI also announced a “Scholarship Scheme” last year for the ward of Military/Paramilitary/ Railways Personnel under which the scholarship will be awarded to 75 students on merit- basis.