Action against Students prefixing ‘CS’ in their name: ICSI 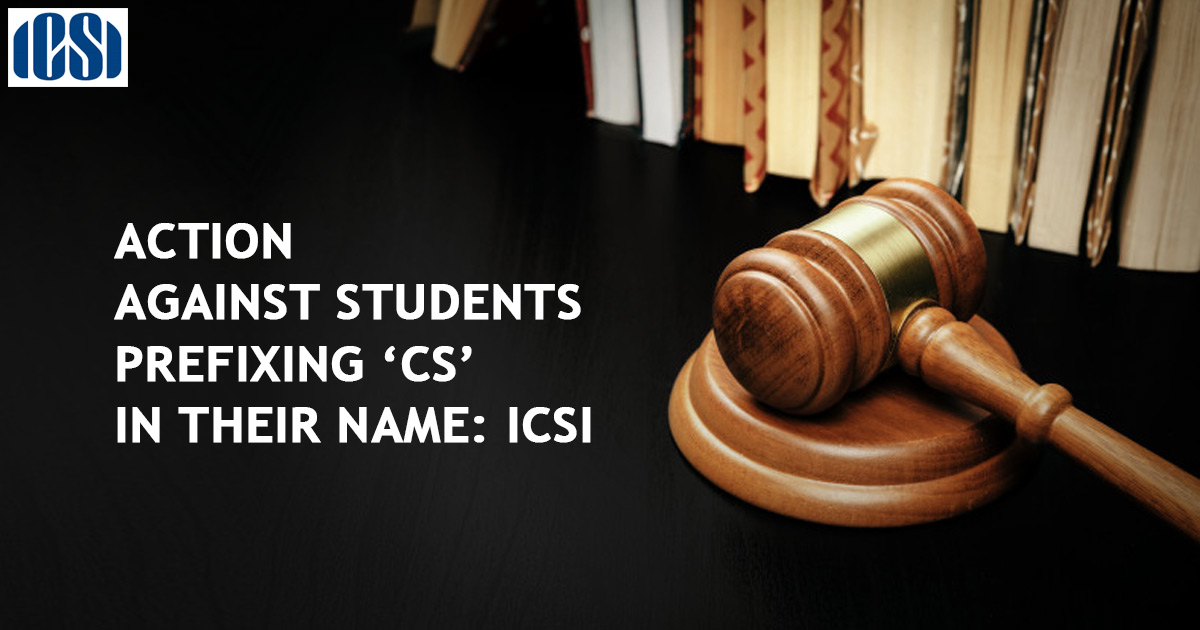 An Advisory has been released by the Institute of Company Secretaries of India (ICSI), With this advisory ICSI warned that appropriate action will be taken against the students who are adding prefix “Company Secretary(CS)” in their name and misrepresenting themselves as a member of ICSI.

ICSI clarified that just by registering as a student or passing of the Company Secretary Examination conducted by the Institute and even after completion of the prescribed practical training, students have no right to add prefix “CS” in their names or represent themselves as an Institute Member.

ICSI warned all concerned people/ candidate that “Breach of any provisions of the Company Secretaries Act, 1980 by the registered student; the candidate enrolled for any examination conducted by the Institute; and the candidate undergoing practical training, is deemed to be a “misconduct as prescribed under clause (a) and (b) of Regulation 2 of the Company Secretaries Regulations, 1982 (as amended) and shall be subject to disciplinary action,”.

The Institute made it clear of the students that they are neither eligible to represent themself as a member of the Institute nor to use the designation “Company Secretary” (CS), description “ACS” or “FCS” with their names without obtaining the membership of the  Institute of Company Secretaries of India (ICSI).