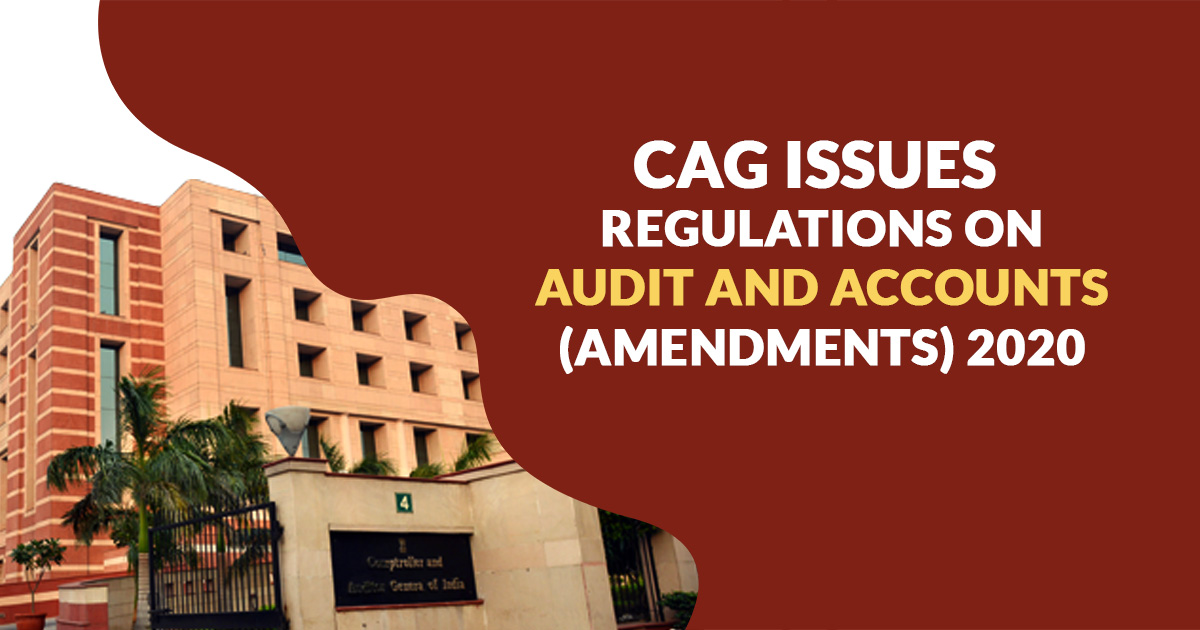 The Regulations on Audit and Accounts (Amendments) 2020 will be issued by the comptroller and auditor general of India(CAG).

The recently revised law attempts to change Directions on Audit and Accounts, 2007, which will signify the applicability on the directors and crew of the Indian Audit and Accounts Department moreover all ministries and departments of the Union Government, State Governments and Union Territory Governments as well as bodies, authorities, and businesses, to which the audit or accounts rights of the Comptroller and Auditor General of India extend.

The laws attempt to force the duty on the Comptroller and Auditor General to audit all expense, all receipts, and other transactions of the Governments of the Union, of each State and each Union Territory and to examine the legality, validity, regularity, propriety, economy, efficiency and effectiveness of financial supervision and public officials.

Read Also : ICAI is Planning to Go Global with its New CMA Course

“Audits, whether financial, compliance, or performance audits, are conducted increasingly in an IT environment today. Governments and other public sector entities have continuously adopted IT, in order to enhance efficiency and effectiveness in their functioning and delivery of various public services. IT has made it possible to capture, store, process, retrieve and deliver information electronically, and the delivery mode of public services is, in many cases, rapidly transitioning from physical to electronic,”

The fresh regulations explained upon the laws in regard of Audit of Expenditure and Receipts; Broad Framework for Financial, Compliance and Performance Audit; Audit of Government Companies; Audit of Bodies and Authorities; Role of the Comptroller and Auditor General in the audit of Panchayati Raj Institutions and Urban Local Bodies; Guiding Principles of Auditing Standards; Follow up of results of Audit; Audit Evidence; General Principles of Government Accounting; and Distinctive Procurements.

From 20th August 2020, the laws and regulations will come into power.