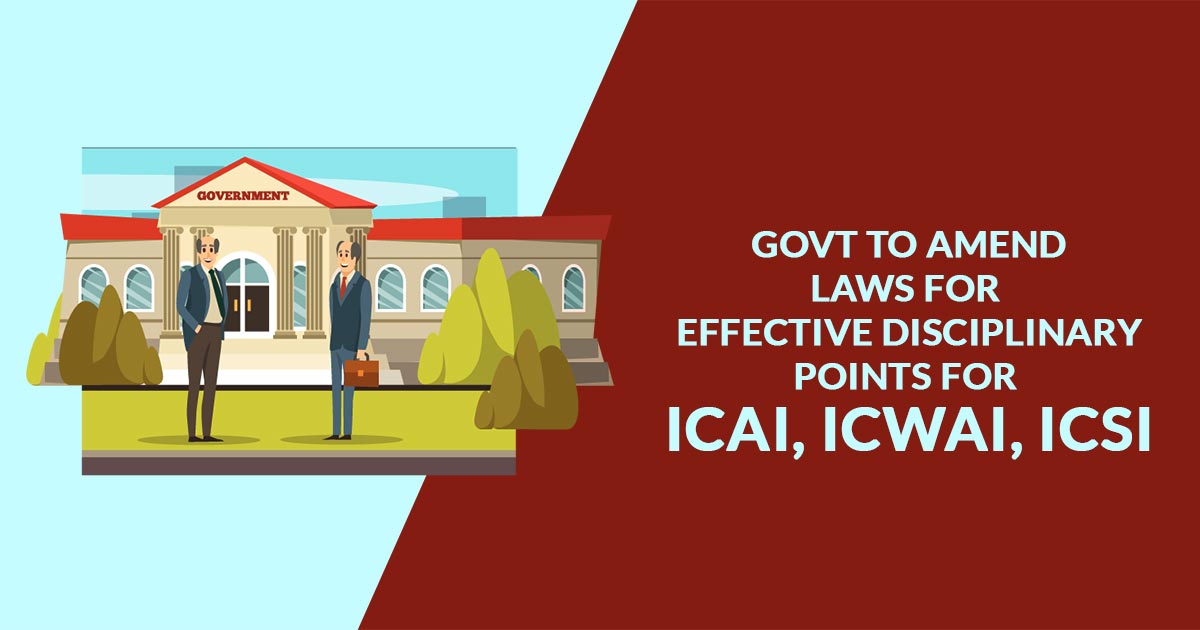 To amend the respective provisions of the laws governing the above three bodies, an invoice is projected to be launched via the second half of the Finance Session of Parliament.

Around three years in the past, a committee had directed several adjustments and now on the basis of the same decided to increase the oversight on the three bodies. In truth, some proposals have been accepted, authorized adjustments are being made in session with institutions.

As per a part of adjustments, the government will have the final say to appoint secretaries of institutions and directors responsible for disciplining professionals. At one time, the Ministry of Corporate Affairs which is behind the bill was thinking about appointing government officers for these roles.

However, Meenakshi Dutta Ghosh, heading the committee and a former civil servant, had suggested that The disciplinary platform must be independent of the institution while indicating that the current mechanism needs to be revived.

Additionally, there are several reasons why the laws of the three statutory bodies need to be amended.

One more reason is that the auditor’s role comes under the scanner after the collapse of IL&FS and due to it the government directed the National Financial Reporting Authority to go through the important cases.