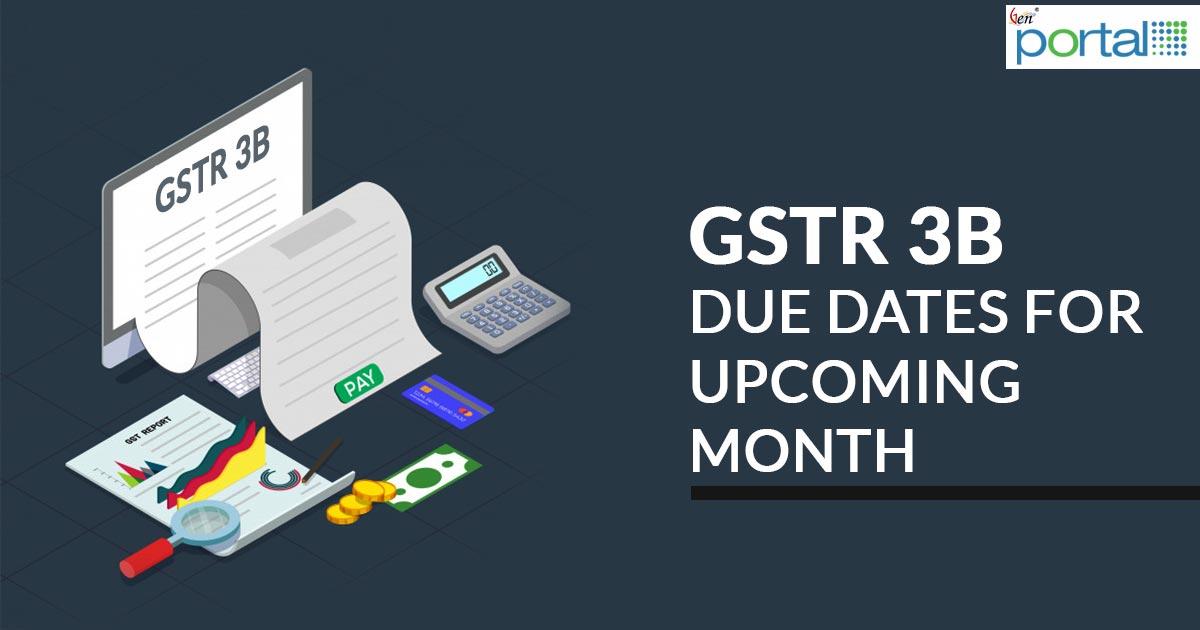 What is Form GSTR-3B?

Form GSTR-3B is simply a summary return whose work is the taxpayer declares about the liabilities of GST for the tax period and relive those liabilities. For each tax period, a normal assessee needs to file Form GSTR-3B returns.  Unlike other GST forms, Taxpayers need not provide any invoice details while filing GSTR-3B returns. GSTR 3B due date is mentioned at the bottom while it must be filed every 20th, 22th, 24th of the subsequent month.

Who should file GSTR-3B?

Where Can one File Form GSTR-3B?

Through the GST portal Form, GSTR-3B can be filed in the return section. The option of post-login mode one can access it by clicking to the services > Returns > Returns Dashboard.  After choosing the fiscal year and tax period, Form GSTR-3B, (if applicable), for the provided period.

When Do I Need to File Form GSTR-3B?

Is it important to file Form GSTR-3B however there is no business for the particular tax period?

The filing of GSTR-3B  is important both for normal and casual taxpayer even in the condition of no businesses in the particular tax period.

How can one create save, pay taxes and file Form GSTR-3B return?

Form GSTR-3B is a simplified summary return which states that the taxpayers declare the summary of GST liabilities for the specific period and relive liabilities. The normal taxpayer is needed to file Form GSTR-3B returns for each tax period.

Settlement of GSTR-1 with GSTR-3B is required:

Note: GSTR 3B Based On Categories Of Taxpayers

Amidst the struggle faced by taxpayers in terms of GST filing, the tax administration has now decided to provide some relief in the form of extended due dates. The government has given three due dates for filing GSTR 3B.

Taxpayers with an annual gross of Rs. 5 Cr or more (in the previous year) and from any part of the country are obliged to file the returns by 20th of the relevant month without late fees.

Similarly, taxpayers with an annual gross of less than 5 Cr and from 15 states are obliged to file returns by 22nd of the relevant month.

Lastly, taxpayers from 22 states and annual gross of less than 5 Cr in the previous year are required to file the returns by 24th of the relevant month. Official Press Release

3.The enrolled person who abandoned to furnish the return in FORM GSTR-3B for the months of July 2017 to January 2020, within the issued date and furnishes the said return between the period from 01st day of July 2020 to 30th day of September 2020.” than the late fee payable for the same are:

4. The individual in point 3 cannot avail Input Tax Credit for the year 2017-18, 2018-19 as the time limit for availing of ITC for both the years has lapsed which points that whole tax needs to be paid in cash.

Registered GST Taxpayers who failed to pay taxes on or before the due rescheduled date will have to pay an additional late fee amount at 9% per annum, the levied 9% interest is just half of the current Intrest rate which was 18%.

For more details of GST interest late fee and penalties, you can visit Here

However, if the taxpayer failed to file his/her return within the due dates stated above then he will be liable to pay a late fee of Rs. 50/day i.e.(Rs. 25 per day in CGST and Rs. 25 per day in SGST) if applicable and additionally Rs. 20 per day i.e. Rs. 10/day in each CGST and SGST in case of Nil tax liability. The interest can go at a maximum of Rs. 5000/-, calculated from the due date till the date of returns filed.

The Central Government and the GST council thought about the pressure on the taxpayers and offered some relief, the first one is by reducing the Intrest rate to half and removing the late fees on GSTR 3B filing for the month of August and September. We would also like to inform you that if the taxpayers already paid the late fees, then the paid amount will be credited back to the taxpayers’ ledger.