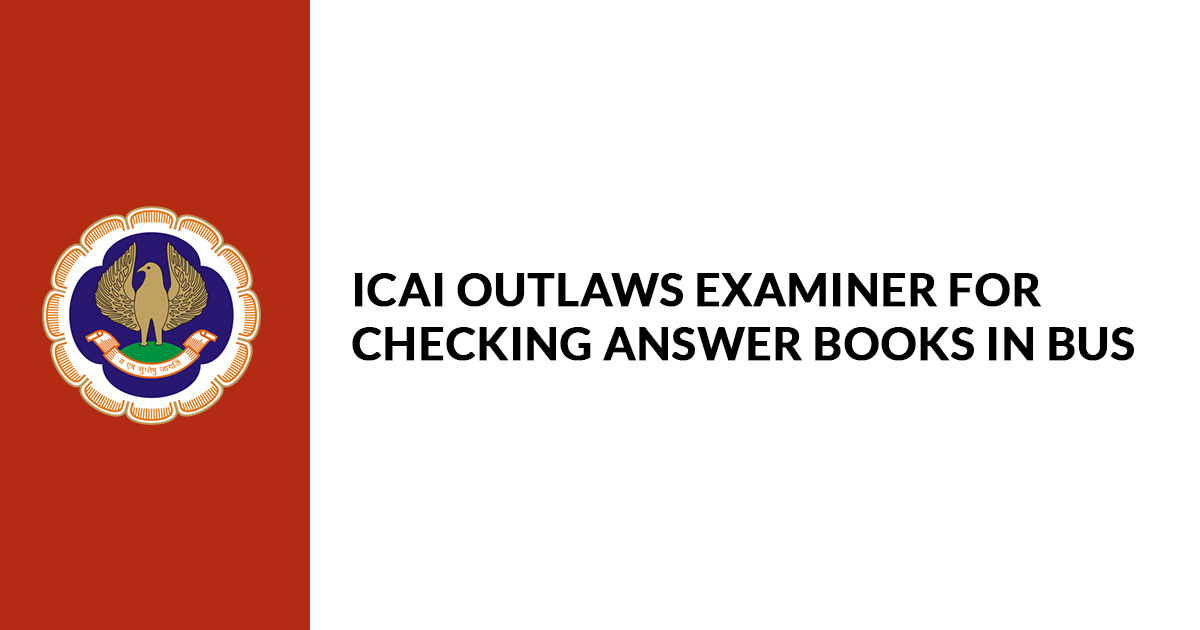 An examiner has been forbidden by the Institute of Chartered Accountants of India ( ICAI ) on the grounds of assessing standard Sample answer books while commuting in a bus or tram.

The course of Chartered Accountancy is highly sought-after in India. Students enter the commerce stream intending to become CA after qualifying its all the three-levels which constitutes Foundation, Intermediate, and Final stage. However, students from other streams can also pursue CA course.

The course is officially recognised and managed by the Institute of Chartered Accountants of India (ICAI) and is considered as a big-league course in India and so is the evaluation of the associated examination’s answer books holds an utmost value.

Evaluation of such answer sheets in the public places or while travelling in the public transports is a violation of confidentiality and secrecy in the assessment by the examiner.

ICAI strongly condemns this behaviour of the examiner. As the instructions have already been given to all the examiners to not to carry and evaluate the standard answer books while commuting, this act of the examiner is professionally unethical and leads to an infringement of ICAI’s instructions for examiners.

Additionally, the issue has been taken forth to the Disciplinary Directorate so that required actions in this regard can be taken.

Examiners are advised to comply with the instructions given by ICAI and to upkeep the Secrecy, Fidelity and Secrecy. ICAI has given instruction and rules related to the evaluation of the answer sheet to all the examiners. Now, it is an indisputable duty of the examiner to adhere to such instructions and to act following the ethical standards.