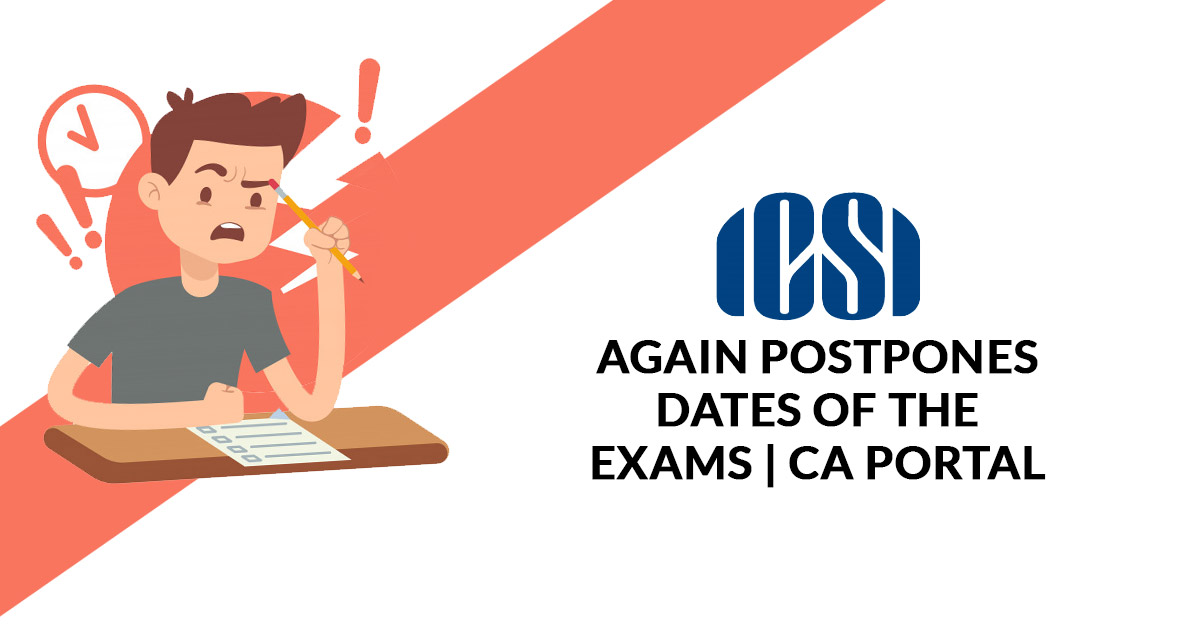 Just a few days back, CS exams scheduled on 20th and 21st December had been postponed and now Institute of Company Secretaries of India ( ICSI ) again postponed CS Executive Exam 2019 and company secretary professional Exam 2019 scheduled on 23rd and 24th December 2019 .e. Monday and Tuesday by Institute of Company Secretaries of India (ICSI). The exam authority also stated that the revised dates of all the postponed exams will be announced soon.

Here is the Detail List of Postponed CS Exams:

Some previous notification had announced that the ICSI Result 2019 for both CS Executive and CS Professional Exams will be released in February 2020. But now with postponed in exams can also lead to a delay in exam results.