ICAI has Issued the Appointment of Permitted Delegates at Polling Booths 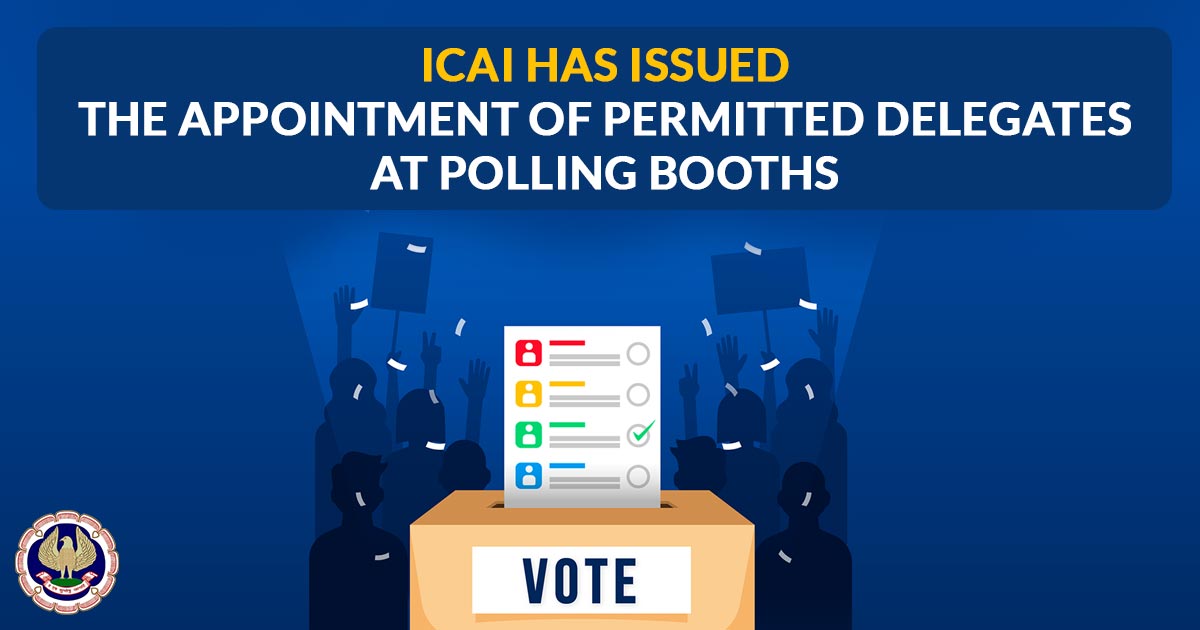 The Institute of Chartered Accountants of India (ICAI) has published the Appointment of permitted delegates at Polling Booths.

Under rule 26 of Chartered Accountants (Election to the Council) Rules, 2006 on the pooling booths the candidates are subjected to be present in their constituency consists of these polling booths over the constituency in which the members of his region has been allowed to vote towards the sub-rule (2) of Rule 6. Moreover, the candidate is indeed eligible to hire the 2 members of the institute for the purpose of being the permitted representative for every polling booth. But only these delegates are subjected to be present during that period on the grounds of the specific polling booth.

Read Also: Advisory with Regard to Compliance with the Website Guidelines of the ICAI

The format towards the appointment of the entitled representative shall indeed be downloaded via the website of the institute beneath the “ELECTION – 2021”.