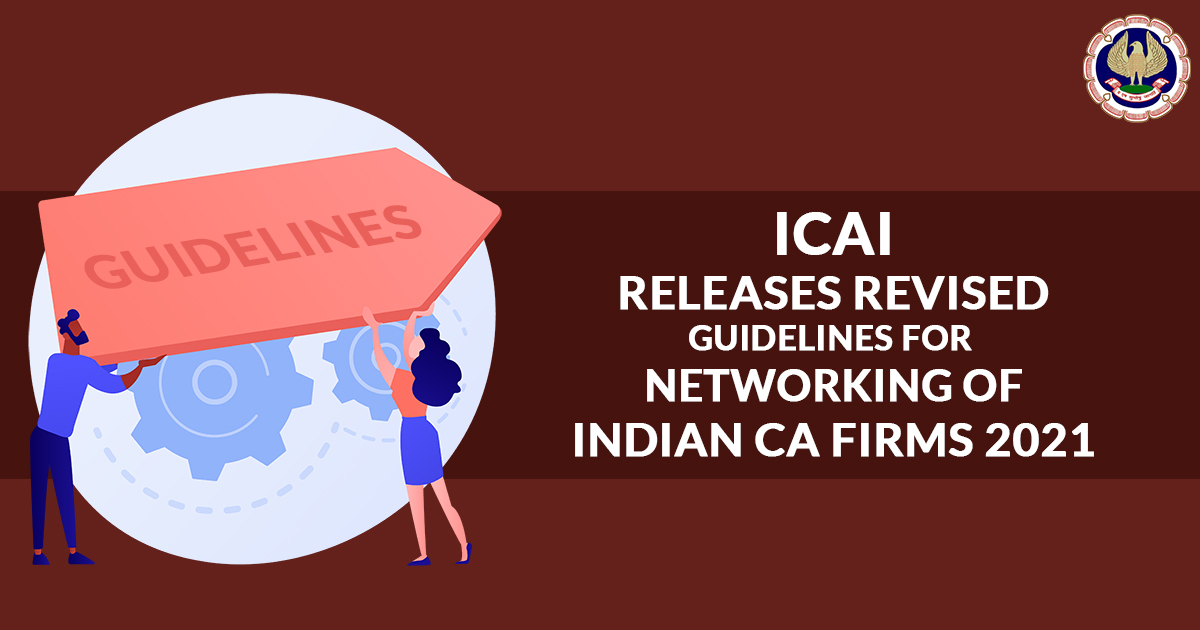 The Institute of Chartered Accountants of India (ICAI) releases updated rules for the Networking of Indian CA firms in 2021.

Networking is said to be the most effective platform for building capacity. It executes the multi-locational presence of the firm, strengthening partnerships and enhancing the functioning of the CA firms. However, the members are at liberty to take any form of practice as they opt it is effective to see the rise of an individual’s exercise, networking is the selected choice.

The ICAI provided the network rules for the first time in 2005 and after that, the same was amended through the council in 2011.

It is to be noted down that the council is focussing upon the amendment in networking rules to enable the Indian CA firms to build an effective network for the firms and post a gestation time permitted to join the Indian CA networks. Thus the paper is limiting itself to networking among the domestic CA firms only.

The previous rules were unable to fetch the urged benchmarks of enthusiasm from members and only opt to 100 networks that can get enrolled through ICAI on the given date. This provides the requirement to see the rules in order to build the more appropriate and attractive towards the present professional cases.

Read Also: How to Create a Chartered Accountant Website As Per ICAI Guidelines

ICAI Council has opted to modify the rules to make it simpler for the Indian CA firms to form the network and also eliminate the obstacles which prevent the firms from rising bigger through joining the network.

The other objective is to not only save the professional exercise of the small and medium companies but also their identity. Hence an attempt is built to protect the hurdles in efforts rules and raise the practising members to consider networking.

Thus the administration formed a group of official members in March 2020 to own a holistic review/ study of the Guidelines for Networking. The group conducted various rounds of discussions and came out through the proposal to provide to the members’ distinct options in which the members can opt depending upon what will be good for them.

The Council at its 396th meeting conducted in September-October, 2020 has decided to do outreach programs so that the views of the members will be heard, examined, and posted to the officials for allowing the amended rules.

As per the outreach programs which were conducted in Jan 2021 and views of members were collected. The similarities were considered through the officials on its 397th meeting conducted on 9th-11th January 2021 at Kumarakom, Kerala, and thereafter at its 398th meeting held on 9th-10th February 2021 at New Delhi.

the ICAI in the rules it is mentioned that “The Council decided that the existing Guidelines be revised in the light of above and brought into force from 9th February 2021, and an appropriate ecosystem be developed in the Self Service Portal for registration and regulation of the Alliance, the Network and the Lead Firm in Network Models,”