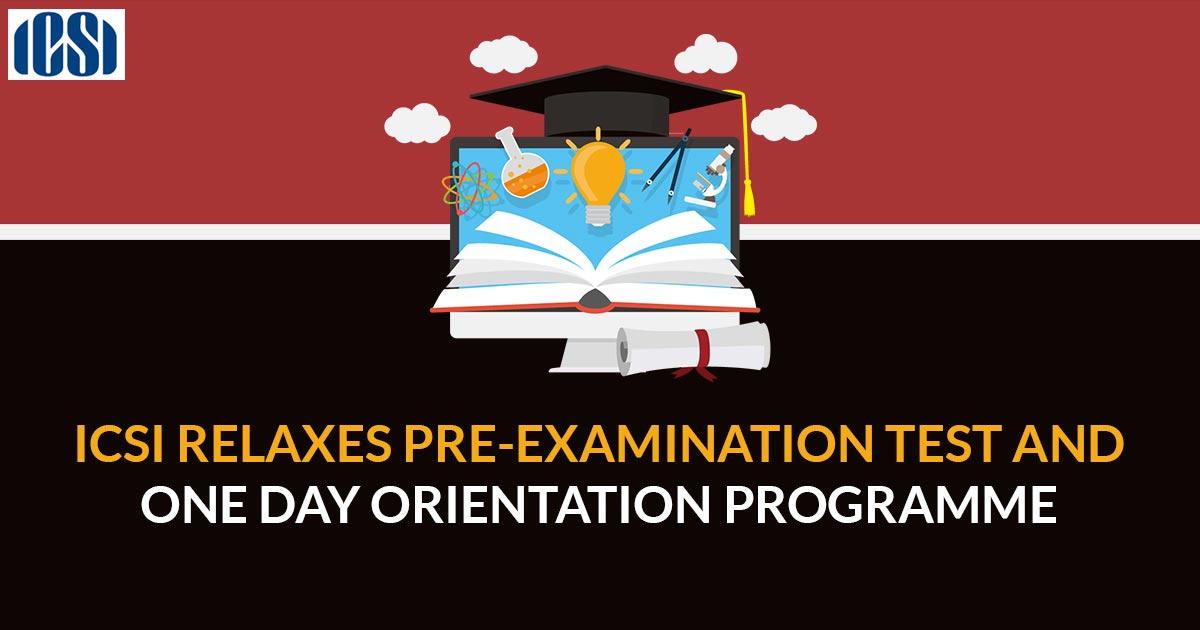 In the last few weeks, ICAI announced various relaxation and now the ICSI joined it. Due to the restriction imposed by the government to contain COVID-19 Pandemic spread, students are facing various problems and after observing it the Institute of Companies Secretaries of India (ICSI ) has announced relaxation for complying with the requirement and eligibility of the Pre-Examination Test and One Day Orientation Programme for Enrollment/ registration to June 2020 session of CS Exam.

Institute of Company Secretaries of India (ICSI) has earlier postponed the Company Secretary (CS) June exams in the last week of May and also released the revised exam schedule for the same.

According to the release schedule, the CS June exams will begin from July 6 which was initially on June 1st.

Read Also : ICSI’s Requests to Nirmala Sitharaman for some amendment in GST Law

They also released the new exam dates for Foundation, Executive, Professional program, and PMQ program. Basically, the CS exam’s course based on compliance related to companies, and it is good for those who want to proceed with litigation based on corporate law.

The Institute of Company Secretaries of India (ICSI) stated that “In the wake of the difficulties faced by the students due to the Coronavirus outbreak, It has been decided to further relax the cut-off date pertaining to Pre- Examination Test and One Day Orientation Programme till 31 August 2020”.

They also made it clear that the relaxation is provided only for June 2020 exam, the exams will be conducted in July 2020. The institute has also decided to further relax the cut-off date till August 31, 2020.