The Role of Chartered Accountant in Nation’s Progress 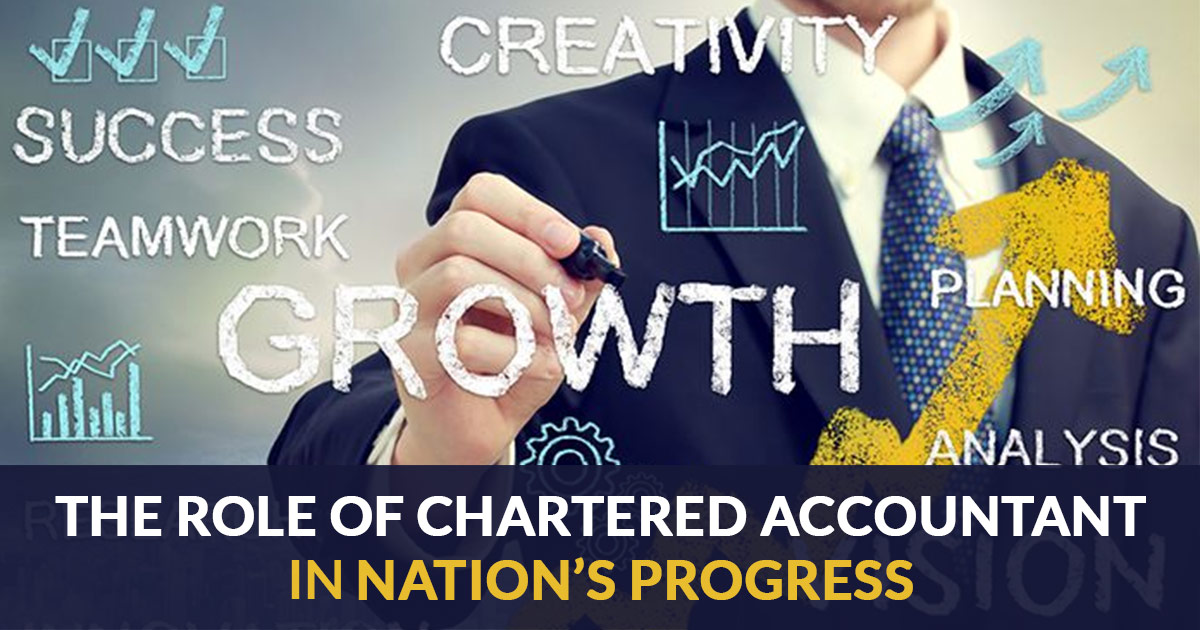 One who thinks that a Chartered Accountant in India seems to evaluate the debit and credit of the companies then the person is wrong. There are various operations that a CA has to operate and most of them were related to the country. CA plays a mandatory role in the development of the country. As one can know it by considering the crucial for growth. Chartered Accountancy not only deal with debit-credit of the accounts but they play a very important role at a big level in nation-building.

A CA has the role of elaborating capital budgeting, Tax planning, budget forecasting, preparation of books of accounts, financing and additional actions. They have the role of implementing GST. The steps will be executed by a team of CA before initiating GST.

Below are the CA’s Role in Developing the nation:

Chartered Accountant is helpful in building a nation and here are some roles they play in the economy and finance-related concerns in a nation. Find complete details on the roles and responsibilities of an chartered accountant in the Indian economy and how he supports businesses to work at par.

It is important for relieving the reports and tax compliant for the businesses. For developing the nation a CA will do the audit for the organizations and provides income tax. It is the responsibility of the CA for filing the tax for the country.

The appropriate tax payment will have to be implemented before the stated timeline declared by the government. The CA performs all the government audits like Service Tax audit, CAG audits, forensic audit and Income Tax audit with utmost care.

A CA submits the report to the government of the audits and tax complaint on which he works. CA provides the tax revenues to the government which shows the nation-building. A CA will be assured that all payable once will file tax. They are working as a wake device.

According to the laws, a CA will have to do audits of all the financial statements of the corporate buildings before serving it in front of the general public.

The CA helps in developing the nation and GDP by recommending the SME in the official matter.

The rules and regulation drafting of the Auditing and Accountancy of the ICAI controlled by the CA which is a governing body of the Accounting standards in India. Financial reporting will be implemented for the declared framework. In a direction to do so, all guarantee the equability in reporting so that the people of the nation remember where the money is going.

ICAI is responsible to advise the government for several aspects of taxation so that they make the taxation framework of the country stronger. CA also guides the government in developing the nation in concern of business affairs.