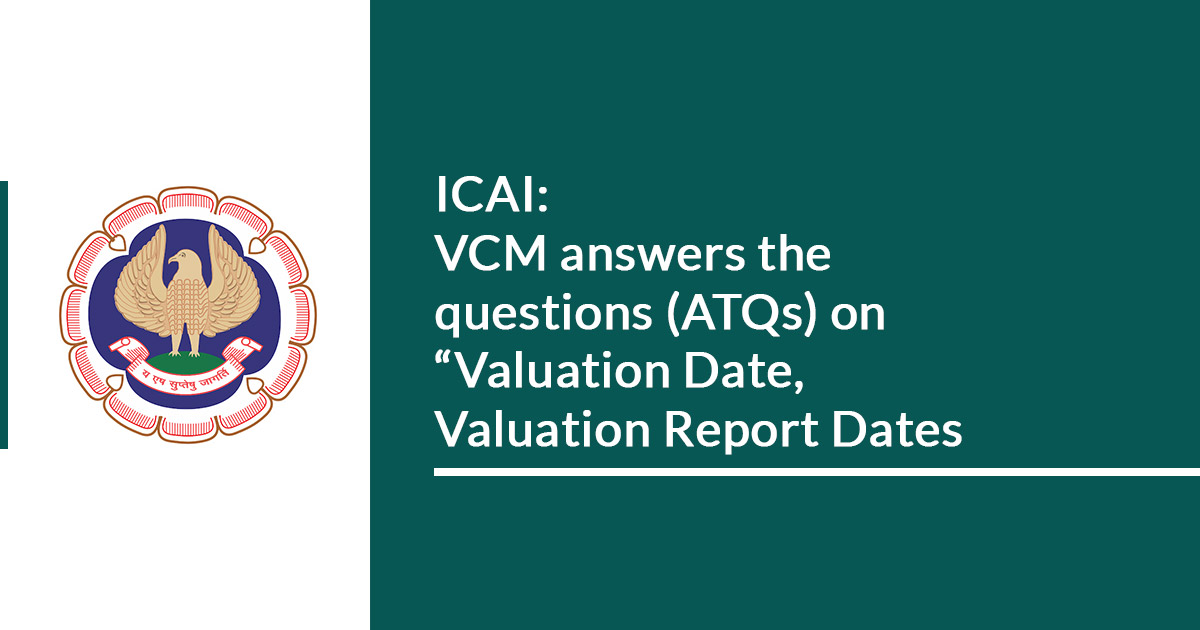 The Institute of Chartered Accountants of India (ICAI) has provided VCM answers to the questions (ATQs) on “Valuation Date, Valuation Report Date and Events Occurring between these dates”.

A live webcast is been initiated by the Valuation Standards Board of ICAI (VSB) upon the subject “Valuation date, Valuation report date, and events between these dates!” dated 27 June 2021.

The Webcast held a good response and was attended by more than 2000 viewers. The repeated webcast can be seen again at https://live.icai.org.

There arise various questions while the running of the webcast. ICAI answers to the asked question (ATQs) which were raised while the webcast undergoes which does not need the application of the valuation or rules. Indeed the repetitive questions and the questions irrelevant to the topic have not been answered.

ICAI states that an individual shall not have the date of valuation post to the date of the reported signing.

Beneath IBC the challenge shall be the same that is the gap among the events. Beneath IBC a valuer is needed to provide the valuation as on the corporate Insolvency Resolution (CIRP)

but resolution plans usually are accepted on a much later date than the CIRP date.