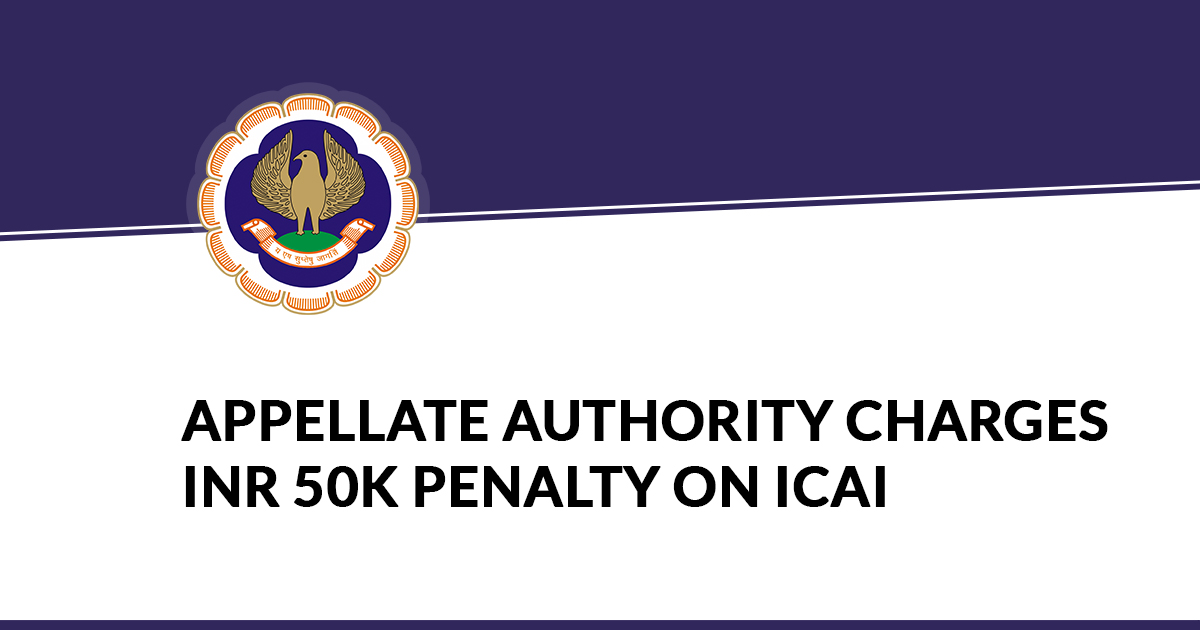 The Appellate Authority held the charge on the Board of Discipline working under ICAI via an Authority vide Order having the date of 18 October 2018 (contents of the order are quoted below) along with the demand to complete the entire proceedings till the prescribed deadlines (i.e. within the period of six months starting from the date of receiving the authority notice).

The AA observed that “the Institute is negligent in the compliance of the directions given by this Authority to complete the entire proceedings within a period of 6 months vide order dated 18.10.2018. The said period came to an end in April 2018. Even thereafter, the Institute did not prefer to move any application for extension of time before this Authority at the earliest. After a delay of more than 6 months, the instant application has been filed seeking extension. Apparently, there is gross lapse on the part of the Institute in the compliance of the directions. The state of uncertainty definitely affects the Appellants and they can’t be forced to wait for an indefinite period for disposal of their cases”.

In the appeal, the Appellate Authority has commended the institute to pay Rs. 50,000 as penalty within 2 weeks.