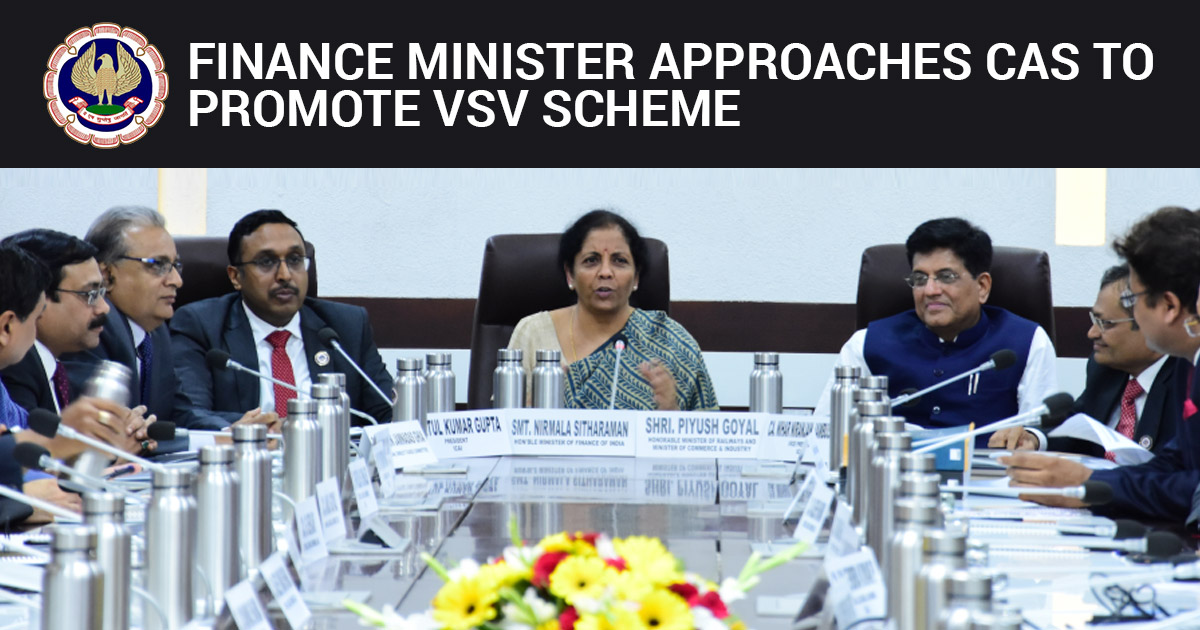 The government often takes some financial decisions for the benefit of the general public. The Institute of Chartered Accountants of India (ICAI) has always welcomed and appreciated these decisions. In order to connect and clear the doubts of maximum chartered accountants, ICAI conducted a live webcast on “The Direct Tax – Vivad se Vishwas Bill, 2020” on March 16, 2020. The webcast was conducted at the head office of ICAI in New Delhi.

Read Also : ITAT and SAT Decided to Hear Important Cases only Due to COVID-19

In the webcast, Shri Piyush Goyal said “ On behalf of Chartered Accountancy profession, the Council of ICAI representing over 3.15 lakh CAs across the country, have committed themselves to take the message of this Scheme to all assesses, to explain the various provisions and benefits of this Scheme to the various litigants. The entire CA profession would fully support to get as much of the litigation completed.”

CA. Atul Kumar Gupta, the President of ICAI welcomed the CAs and said, “Chartered Accountants have shown commitment towards each and every reform in the country whether it is GST, IDS or any of the schemes launched by the Government. ICAI has 164 branches and 34 chapters and each and every branch is available to serve the nation.”

Smt. Nirmala Sitharaman said that she appreciated the commitments of the CAs around the world. She said, “CAs can play as an effective change-maker, effective catalyst in literally catapulting India to a very high place because all nature of activities- production/ manufacture/ servicing/ hospitality, etc., need the guidance of the Chartered Accountants.”

She also said, “CAs play a critical role, critical advisory role and also critical post advisory & certifying role. Chartered Accountants are actually carrying the authority of the sovereign Government in some ways and therefore at every stage, the business should be guided by CAs good council.” “Through this webcast, the CAs have gathered in large numbers from India and abroad and this shows their commitment to work with the Government. I am extremely grateful for the role CAs play in making sure that businesses are better managed and we have a greater transparent mechanism through which the confidence of investors will also improve and will make India a better destination to invest.”

CA. Nihar N Jambusaria, Vice-President, ICAI conveyed a thank you to the CAs for being an active partner in nation-building procedures.