ICAI To Extend The Time-Limit For UDIN Generation | CA Portal 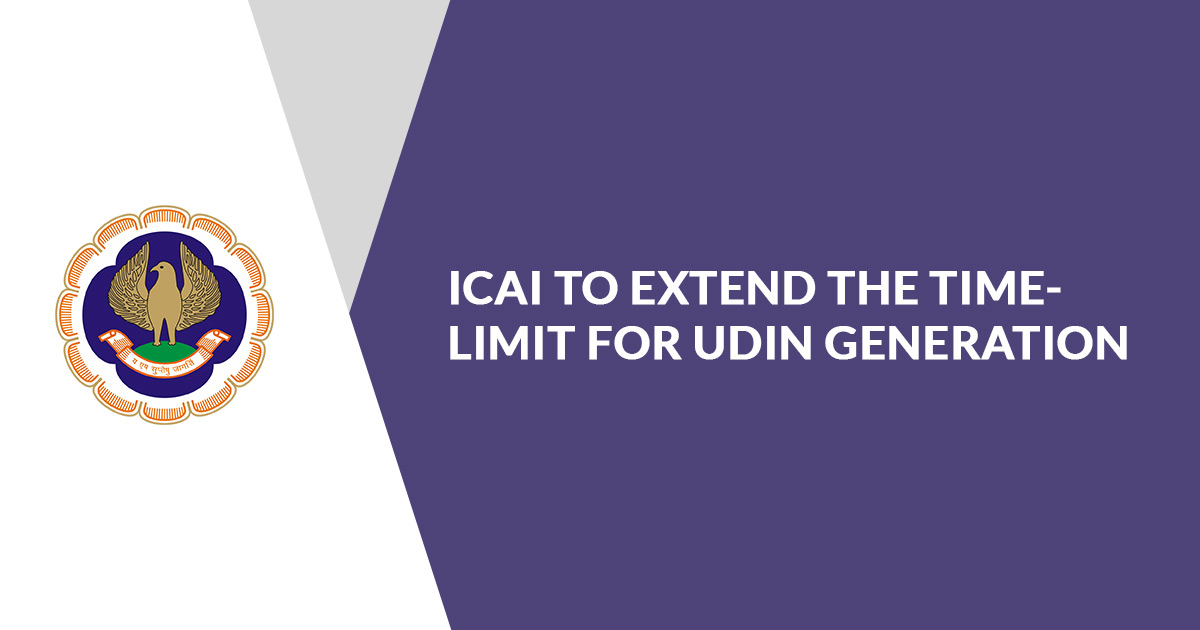 Unique Document Identification Number (UDIN) was proposed by the legal authorities as a measure to safeguard the crucial document/certificate from false attestations. Some unscrupulous individuals were accused of misleading the authorities by counterfeiting the signatures of Chartered Accountant and Company Secretary.

The Institute of Chartered Accountants of India ( ICAI ) currently announced the extension in the process of UDIN generation from 15 days to 30 days. Paying heed to the current scenario where different parts of the country are flood affected or are struggling with other internal issues, the extension is recommended by the members. It is in the 386th Meeting which is to be held on 18th and 19th September 2019, the council will publish its decision of extending the date of UDIN generation currently from 15 days to proposed 30 days.

CA Jay , Deputy Convenor, UDIN Monitoring Group. revealed in a statement that this is a one-time relaxation available on the Certificate or Report or Document signed between 20th August 2019 to 31st December 2019. UDIN further generated is required to be intimated to the “Management” or “Those Charged with Governance” for broadcasting it to the stakeholders from their end.