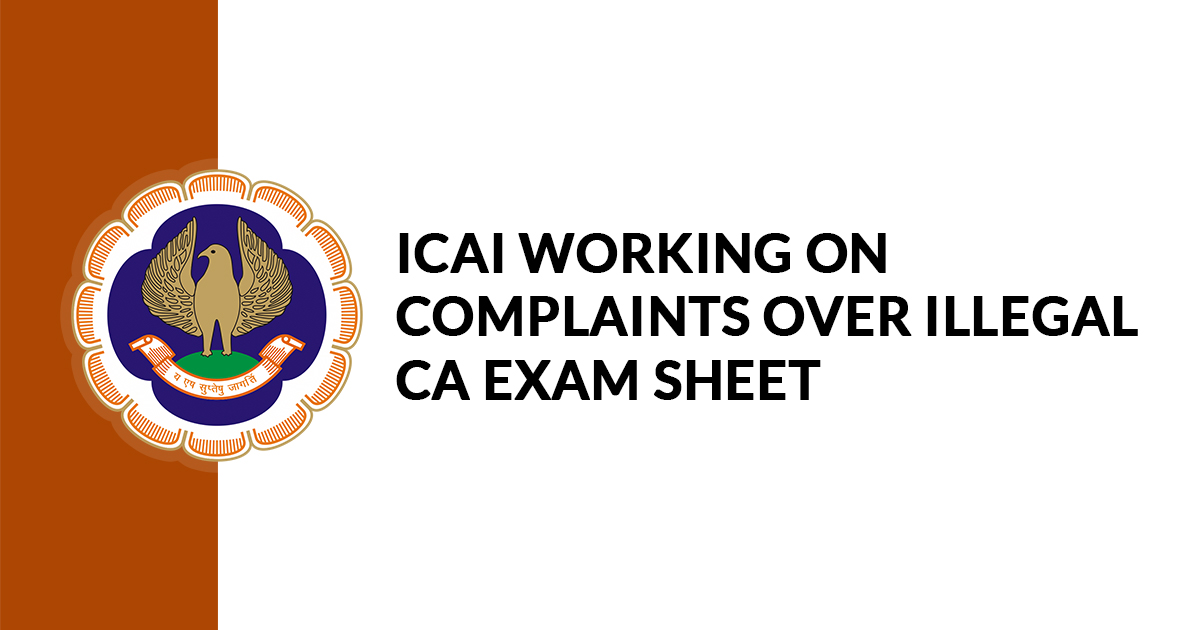 The Institute of Chartered Accountants of India ( ICAI ) has clarified that it had commenced the proceedings against the examiner in question and the other person who are said to have the answer books in possession.

However, these are just rumours but the organizations said that it will keep its activity in the background running to ensure that everything went well in the examinations.

As per the reports, Kolkata police found out 250 chartered accountancy answer sheets at an unauthorized individuals house named pabitra ray. This has raised the questions over confidentiality.

Read Also : ICAI Significance And 14 FAQ For CA Firm Registration on The Portal

The institute stated that “An instance of Examination books being in illegal possession by an unauthorised person has recently been reported at Kolkata involving around 500 copies.”

“It is clarified that the ICAI examination system is totally robust and this instance is an aberration. The system runs through codified numbers and it is not possible to ascertain the identity of examinee or examination centre by any examiner or anyone else. The Institute has already initiated steps to proceed against the delinquent examiner and person in illegal possession of the answer books.”