No Interest Conflict, Anurag Thakur: ICAI member in NFRA Board 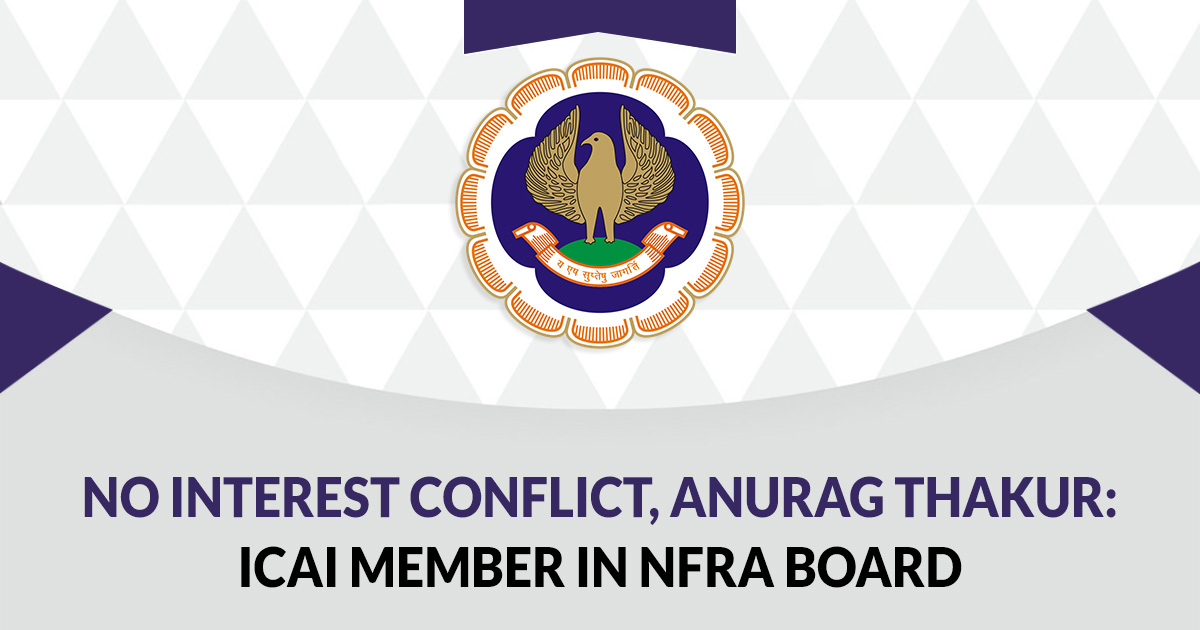 A written statement by Anurag Thakur, Minister of State for Finance and Corporate Affairs, was presented in Lok Sabha saying that the involvement of the ICAI member on the National Financial Reporting Authority (NFRA) Board will not create a conflict of interest situation.

Provided by the NFRA Rules 2018, the constitution of the NFRA Board has a total of 13 members out of which 3 are ICAI members. As mentioned under section 132(2) and (4), all the main activities will be performed under the surveillance of the main executive body thus avoiding conflict of interest.

MCA’s in Favour of Small Businesses

Ministry of Corporate Affairs (MCA) is constant on improving its regulatory structure, including the provisions in return filing which will lessen the burden of compliance from primarily small companies, One Person Companies and various start-ups.

By now several amendments have been introduced in the Companies Act serving the cause and more provisions will be incorporated from time to time owing to the changing needs of the companies in India. The Companies (Auditor’s Report) Order, 2016 (CARO, 2016) has not been extended to private schools and hospitals built on concession land.

As mentioned by the Securities and Exchange Board of India (SEBI) under the Ministry of Finance, the department has introduced measures to enhance the governance standards in rating agencies:

Adding on to the above amendments by SEBI, the following points have been added by the SEBI department in order to improve the corporate governance of listed entities:

Changes made according to the recommendations of the Kotak Committee were implemented in a phased manner. Some of these reforms are as follows: