GST TRAN -1 Due Dates :For Taxpayers Both Eligible Entities 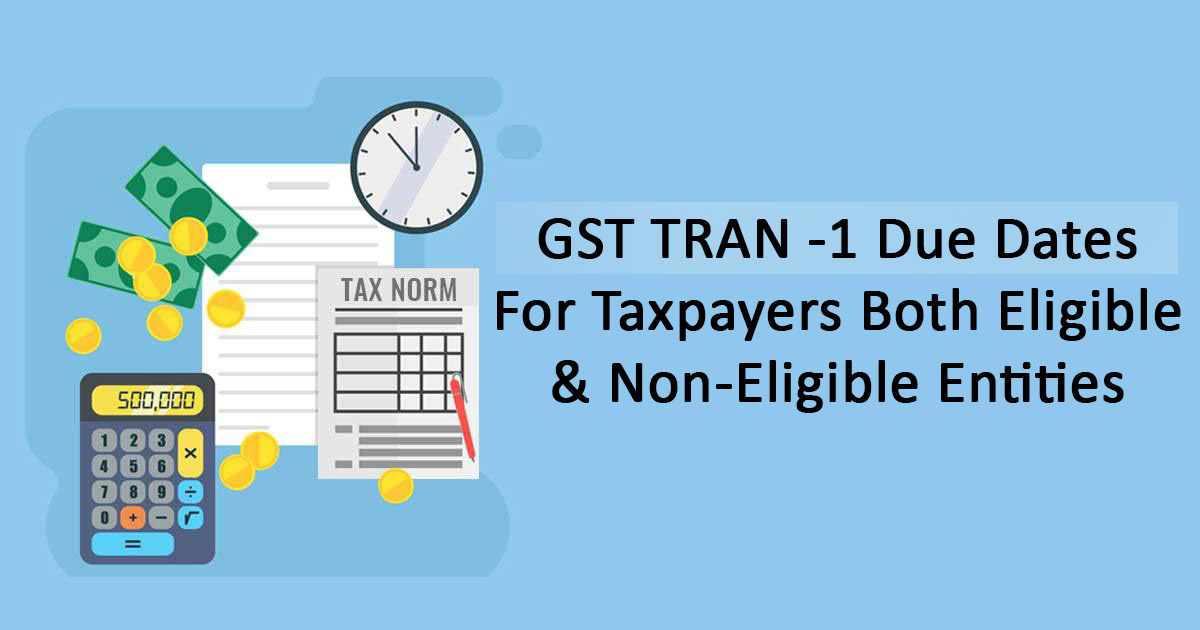 While the introduction of GST comes with an opportunity to increase India’s Tax Base by an exponential margin, it also raises concern in the minds of the current Taxpayer base over ITC Claims on Old Stocks. Taxpayers would not prefer to lose out on outstanding tax benefits and input credits due to the erstwhile VAT regime.

These subsume a wide spectrum of tax rebates like taxes paid on the purchase of semi-finished goods, and finished goods. raw materials, or materials dispersed to job workers. However, CBEC has tried to put all such concerns to rest under the new GST Regime.

The GST was projected as the simplest avatar of the indirect tax structure. However, GSTN which is referred to as the technology backbone of the current tax structure has been constantly affected by glitches. This has resulted in many previously registered as well as unregistered taxpayers failing to file GST TRAN1 and GST TRAN 2 forms leading to capital blockage and affecting business operations in the long term.

Due to the reorganization of the state of Jammu & Kashmir and the merger of the Union territories of Dadra and Nagar Haveli and Daman and Diu, the taxpayers of Ladakh and earlier ‘Daman and Diu’ region have been allotted new GTINs. There is, therefore, doubt as to how to file the TRAN-1 and whether it would be linked with the old TRAN-1 or not.

The aggrieved taxpayers of both the above-mentioned regions are hereby informed that they can file or revise their TRAN-1 or TRAN-2 Forms only through their newly allotted GTINs. Kindly do not use the old GSTIN for filing TRAN forms. Read PDF