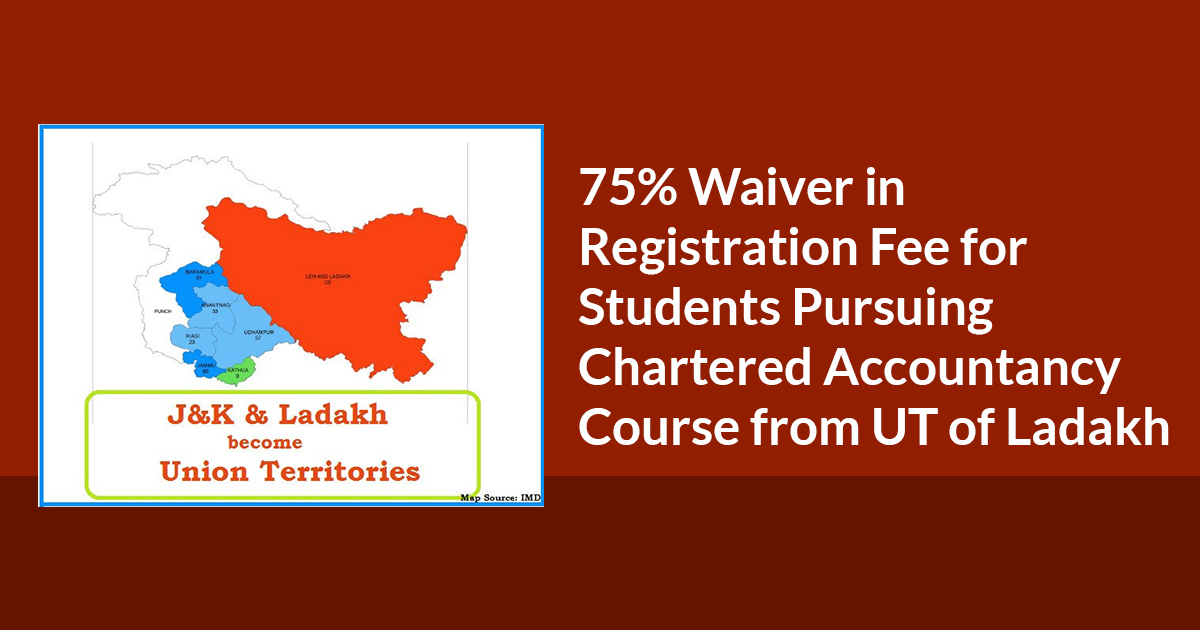 The institute has opened the representative office of ICAI in Eliezer Joldan Memorial College, Leh, Capital of Union Territory of Ladakh as it is a committed and effective organization in India in developing the nation. It assists members and students and supports the government in the development of the union territory of Ladakh.

The profession will run to promote:

Read Also: Change of Certain Examination Centre/Minor Correction in the Address for November 2020

“The ICAI Office in Leh will act as a centre to spread awareness about Chartered Accountancy Course is a tool for Social empowerment and provide much needed professional employment opportunities to the local youth. With the opening up of the representative office, the CA course, one among the most economical courses will be accessible to the interested candidates at their doorstep and thus empower the youth through skill development and will also equip them to be a part of the mainstream economy”.

In the e-inauguration convention, the President, Vice-President, Acting Secretary, and some Central Council Members are present.