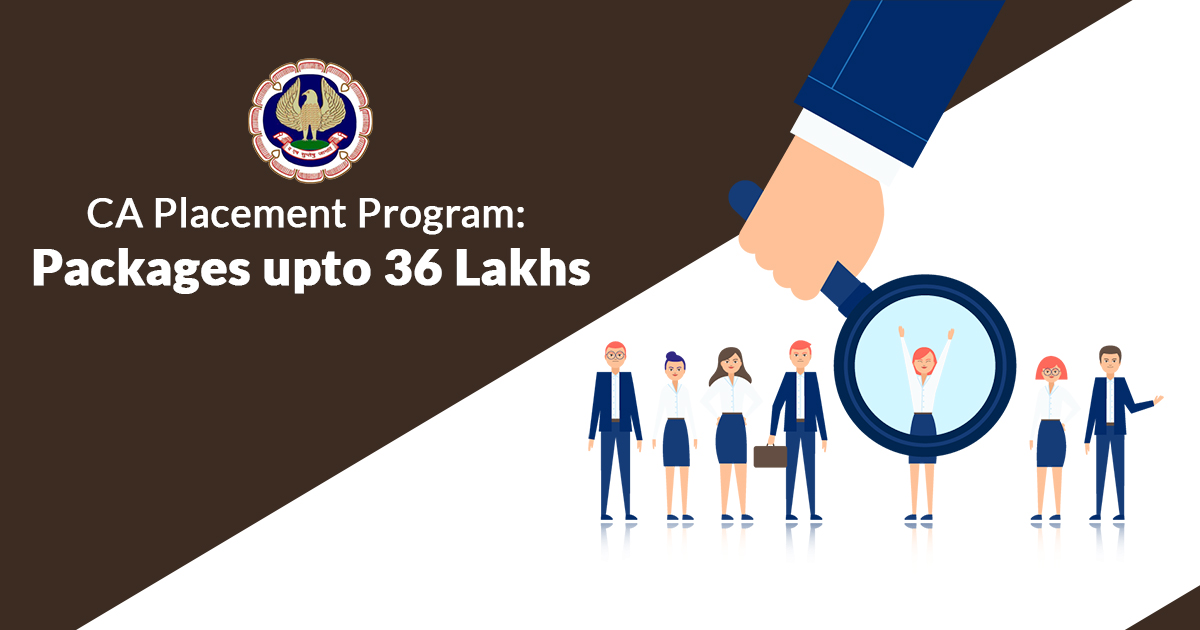 The Institute of Chartered Accountants of India (ICAI) released a report detailing the placement proceedings and figures of salaries offered. The salaries offered by the guest companies to the students were as high as 36 Lakh Cost to Company (CTC). More than 730 CAs were offered a salary of more than 9 lakh CTC.

The participating companies offered a total of 3,815 jobs to the students out of which 3,180 students accepted the jobs. Approximately 57% of the candidates appeared for the exams were offered the jobs.

The sole purpose of the placement program conducted by the Committee for Members in Industry & Business (CMI&B) of ICAI was to bring the recruiters and Newly Qualified Chartered Accountants (NQCAs) on a single program and to help the students in finding jobs right away.

Highlights of the Program