MoU between ICAI and ICAEW Gets Green Signal By GOI 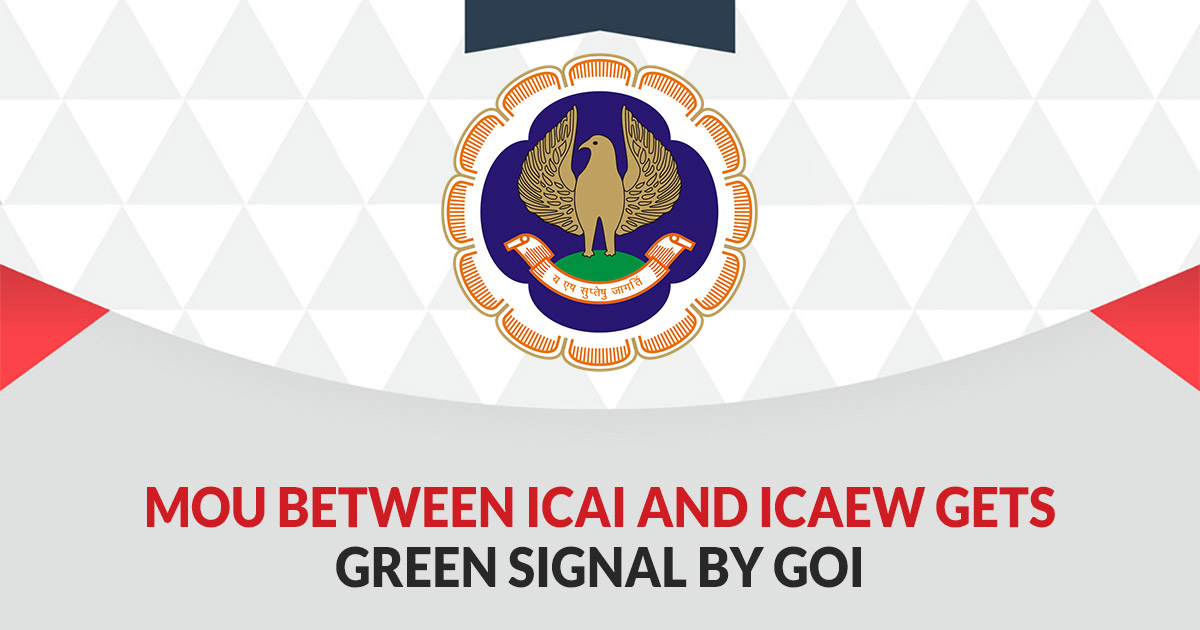 Although the two had already signed any agreement in the year 2008 for the benefits of their members, however to multiply the best interests of their members and to bolster their professional boundaries, both the parties wants legal association with each other via MoU.

CA. Prafulla P. Chhajed, President, (Institute of Chartered Accountants of India) ICAI is very happy with the consent of Indian Government for the same and he expressed his high spirits saying “I am happy to share that the Government of India has approved the MoU between ICAI and Institute of Chartered Accountants in England & Wales (ICAEW). The signing ceremony of the MoU is scheduled to be held on October 02, 2019 in London, UK. ICAI had first signed the agreement in 2008 and since then both the Institutes have worked together for the best interests of the members at either end. The MoU provides an opportunity the ICAI members to expand their professional horizon”.

He also shed light on automation in finance and accounting fields adding that “Further, Digital Accounting and Assurance Board has initiated a Joint Research with Institute of Chartered Accountants in England & Wales (ICAEW) on automation in finance and accounting space by interviewing companies in India and UK. This would provide insight into implications for the future roles and skills of accountants in the digital era. Both these developments are an indication of ICAI’s constant recognition and contribution at the international arena and continued efforts in fostering new areas of opportunities across the globe for the members”.

This is indeed a matter of elation that ICAI is fastly moving forward on the path of Digitalisation and International recognition which will inevitably open more avenues for Indian CAs at global front in the upcoming digital world.